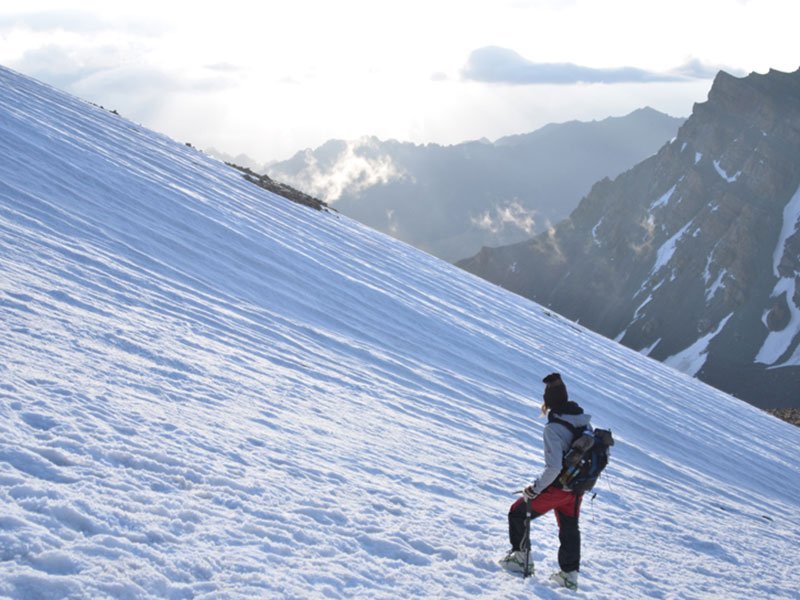 One of India’s highest trekking peaks, Stok Kangri will be closed for the entirety of 2020-22. The Outdoor Journal reached out to the Indian adventure industry for comments.

On Friday 6th December, The Outdoor Journal received news that Stok Kangri, the highest mountain in the Stok Range of the Himalaya, in Ladakh, Northern India, would be closed for trekking and climbing for three years, due to unmanageable overtourism. The news came following a meeting held last week between key people in the All Ladakh Tour Operators Association (ALTOA). The outcome was clear, “Stok representatives are sure about closing Stok Kangri for trekking and expeditions from 2020 onward for 3 years”.

Stok Kangri (6,153m/20,050 feet) is one of the highest trekking peaks in the world, and attracts an increasing number of tourists every year. For years, it has been considered as one of the highest “achievable” mountains in the world – This perception has played a big role in leading this area of amazing natural beauty into a poor state that now needs attention and recuperation courtesy of the governing bodies.

Whilst we are still awaiting an office notice courtesy of the Indian government, we have been advised that this should be considered the final outcome of the meetings on Stok Kangri. The mountain will be closed to trekkers and climbers in 2020, 2021, and 2022.

This does not come at a surprise to Vaibhav Kala, from Aquaterra Adventures. In September of 2018, Vaibhav wrote an article for The Outdoor Journal entitled “Mass Trekking in India: A Disease For Which We’ll All Suffer“. Vaibhav spoke of unreported deaths, unsustainable human activity, and environmental degradation – It was a call to action as “India’s national heritage is at stake”.

The article stirred the industry. Later that month, The Outdoor Journal published its own investigation “Adventure Tourism in India Leading to Deaths and Massive Environmental Degradation“. We later captured much of the local conversation and expert opinions in The Adventure Tourism Industry Reacts.