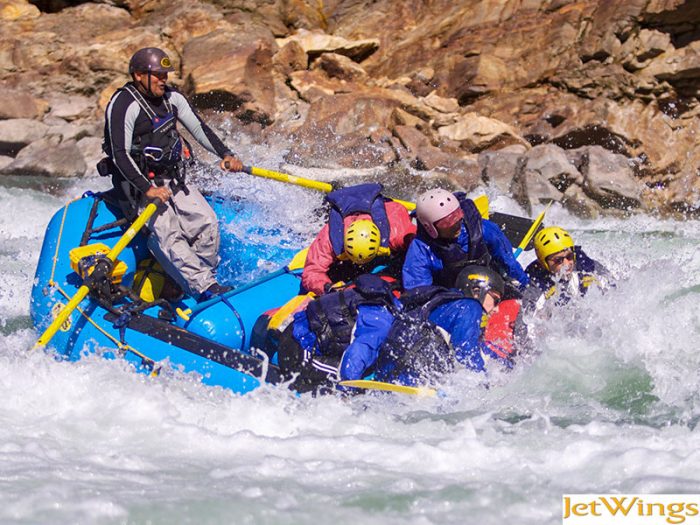 Everybody get down!” yelled Vaibhav to his laid-back crew. I looked up to see the raft just ahead of ours get sucked into a big hole where it began to surf on the recirculating water. As the river thundered over a submerged rock, the pourover created a strong backwash that latched onto the 14-foot raft and prevented it from breaking free. The boat gyrated wildly as it surfed the powerful hydraulic. Bow paddler Rohan Guptan was the first to go.