The rich and fertile valley of Nubra was open to tourists as recent as 1994 and thus most parts of it remain unexplored and unknown – still a mystery to the outside world. At a lower altitude than Leh, it has warmer climate and is greener as well.

Beginning our trek in Leh, the capital of Ladakh at 11500 ft, we spend 4 nights in to get ourselves well acclimatised and the days are spent rightfully visiting monasteries, monuments, taking short hikes before beginning the trek. We then embark on a trek very few have been on. We first drive to the famous turquoise blue lake of Pangong at 4268 m is one of the largest lakes (120km) of which only 1/3 rd of the lake lies in India as the rest of the lake lies in Tibet and return to the village of Durbuk from where we begin our trek on a path taken by shepherds when the Shyok river gets too high to cross in the summer.

We will cross the Nebuk la (5440m) and descend to the Shyok valley ending the first half of the trek in the village of Hotong. We then drive to Hundar before continuing on our trek through a lovely gorge and highland pastures up the Sniu Sumdo valley – an area visited only by the locals who bring their sheep and yaks here for grazing. The pastureland is rich here as it is fed by the numerous mountain streams. After climbing Ajangilung ( 6060m) and some more unnamed peaks here, we cross Lasermola ( 5150m) to descend down the Phyiang valley ending our trek in Phyiang from where we drive to Leh. 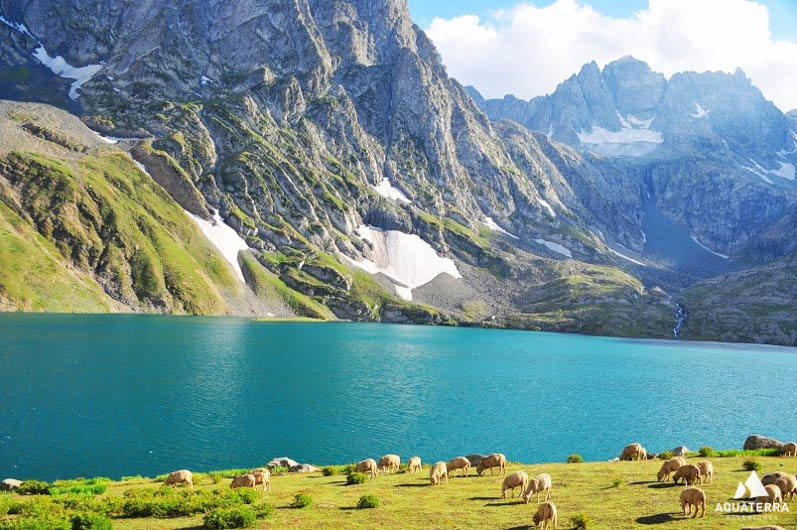 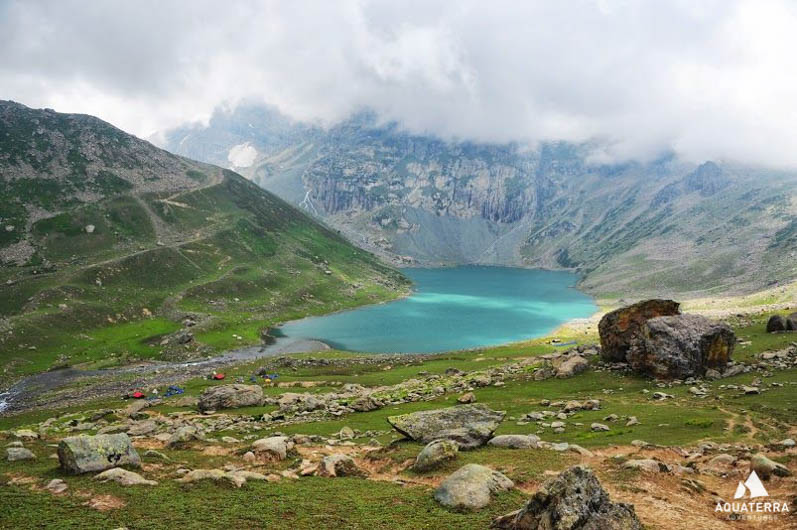 Board the early morning flight from Delhi to Leh. It takes a little more than an hour to get to Leh, the capital of Ladakh. On a clear day the flight offers excellent views of the mighty Himalayas. Arrive at the hotel for welcome drinks followed by breakfast. Spend the rest of the day at leisure.

Hemis to Spangmik (Pangong lake). Over night camp at Pangong.

After breakfast we drive to Durbuk in route visit Shachukul Monastery and Tangtse monastery and the great Lama of Ladakh Togdan Rinbochey foot print at Laga Durbuk. Overnight at Patsa camp. Here we meet with the horses for the trek.

Tangyar is a small and pretty village nestled in the valley.

Continue up the valley to the base of Ajangilung or neighbouring Dawa peak to high camp. We follow a small stream to high camp until we reach the terminal moraine of the glacier.

We walk to the top of ridge climb Dawa peak – a straightforward climb to the summit ( 6000m). Return to base camp.

Back track to Hundar Dok which we follow to our earlier camp at Brokgongma, a small village with beautiful views of the mountains in the Hundar valley. We pass a village school here.

Continue our gradual climb across the pastures carpeted with flowers in August following a stream for another 5 hrs to camp at Thanglasgo or a little further to the base of Lasermola at 4800m. There is a tradition that 2 – 3 families from the village of Hundar Dok come here every summer with the animals of all the villagers for grazing and whilst here they make cheese, butter for the villages. Camp is at a very beautiful spot on the banks of the river. 5 – 5 ½ hrs.

Leaving the pastures we climb to the snow line and moraine until the top of Lasermola pass at 5400m taking about 2 – 3 hrs to the top. At the pass we are rewarded with excellent views of the Karakoram mountains and the Ladakh and Zanskar range of mountains . For those who have more energy they can go a bit further and higher for better views. There will be snow at the pass so we leave camp early to make the crossing early. From here we descend to the Phyiang valley to camp at 4500m. 7 hrs.

We descend to Morobuk pastures and then to Phyiang. We get wonderful views of the Stok range of mountains today. Meet with vehicles at the roadhead and drive to Leh (45mins) 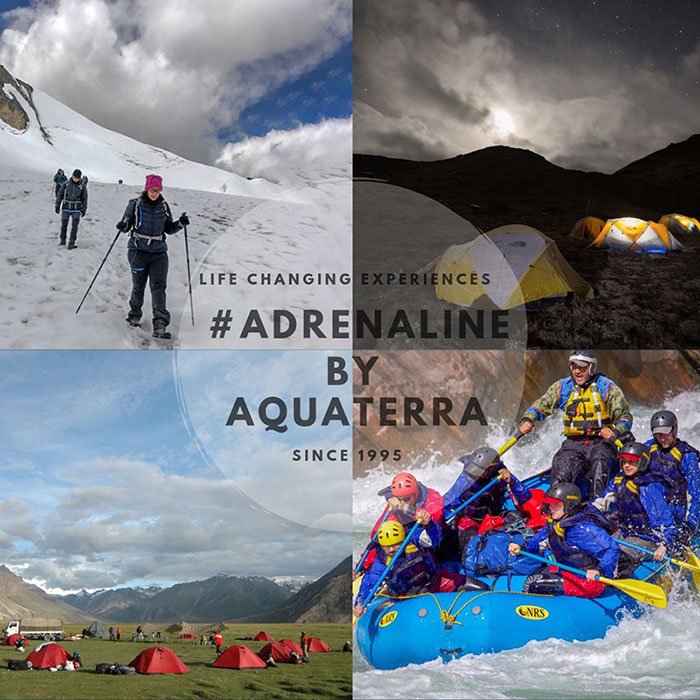 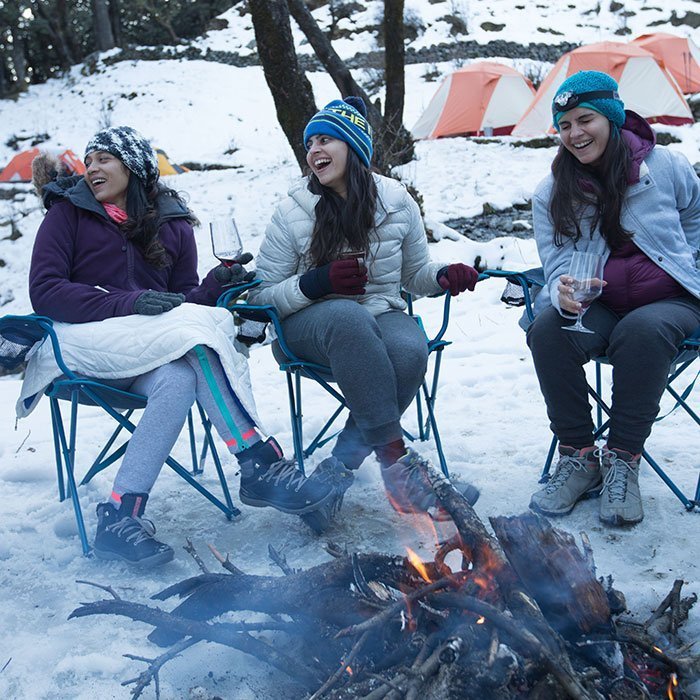 Scream and Shout! For I just completed the hardest treks in the Himalayas, the lesser known Auden’s Col Trek. It tests you, beats you down but you when you summit starting in the wee hours of the morning you know that it couldn’t have been a better decision not for just the moment but for life.
Read More

Well what a wonderful trip it was, we were 14 climbers with about 60 helpers including guide and porters. It could not have been better, right from our stay at Kuflon to Pooja at Gangotri to climb to the Auden’s to stay at the glaciers and finally a walk through the forest which can beat the amazon.
Read More

A difficult trek made so much easier by the professional, ever-ready-to-help, alert trek leaders of Aquaterra. The support staff was wonderful and made the hard days lighter by their cheerful attitude. All along it felt not like client and staff but friends out for a trek.
Read More

Everything right from the beginning till the end – the pre-trip updates, travel planning, itinerary, equipment, camping sites, medical help and preparedness, food, etc. were all well thought, planned and great.
Read More