The Main Caucasian Ridge stretches for 1200 km from the West to the East, from the Black Sea to the Caspian. Its width reaches 180km, and it forms not only a geographical, but also ethnic and political barriers, separating Russia from the Caucasian region.

Among variety of regions composing the Central Caucasus it is the Elbrus Region that is a genuine gem. Many lateral valleys branch out from the main one where the river Baksan flows. They lead to famous peaks of the Caucasus, such as Donguz-Orun (4492m), head-turning walls of Shkhelda(4300m), Tchatyn (4368m) with its vertical 500m North Face, the legendary Ushba (4710m) and, of course, Mt.Elbrus (5642m), the highest summit of Europe.

The two-headed ice giant crowns the panorama of the Central Caucasus. It is 1000m higher than all its neighbours. The Eastern Peak is a little lower than its western brother 5621m and 5642m respectively. 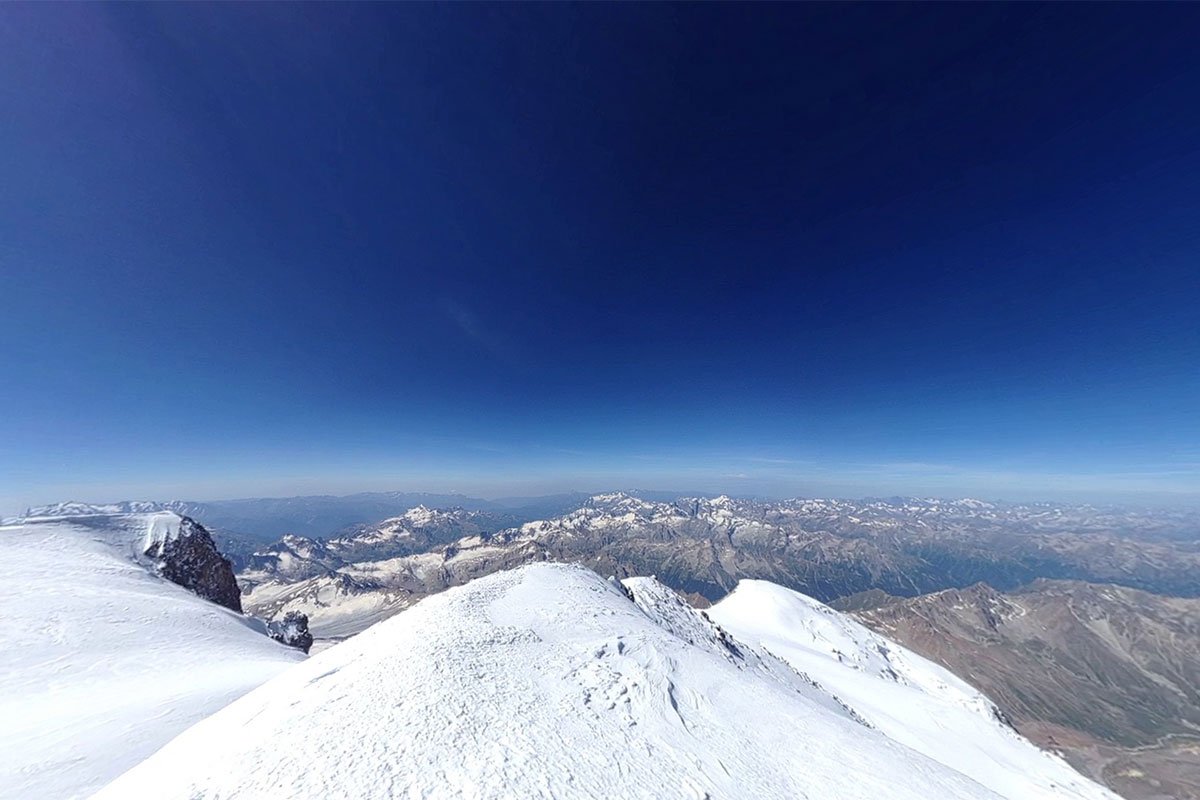 Only a 2 hour flight  away from Moscow, we arrive at Mineralnye Vody Airport. We get into our waiting vehicles to be driven 4-hours to Terskol village in theBaksan valley. Overnight hotel.

We check out of the hotel and drive 4-km up to “Azau” (2250m), the lowest station of the Elbrus cable-way. We take the cable-way up to the highest point – “Gara-Bashi” station (3750 m), which includes 2 lower cabin spans, and the upper part –chair-lift. The latter one does not operate sometimes depending on the weather conditions.

We stay at the “Bochki” (“Barrels”) high mountain hotel or in some other huts hereabouts for the next four nights. We take a 1.5-hour acclimatization walk up to another hotel – “Priutodinnadtsati” (“Shelter of the 11”, 4050 m) and return down to “Barrels”.

Summit day. Ascent of Elbrus West (5642 m) or Elbrus East (5621m), depending on the conditions. We leave for the summit push at 2am and take a Snowcat upto 4600 M and start walking. Elbrus’ biggest challenge is the cold and one needs to be clothed very well. The summit push takes 10-12 hours. We return to the “Barrels” to spend the night.

Return to Terskol. Overnight hotel in Terskol and summit party!

Transfer to the airport, flight home. 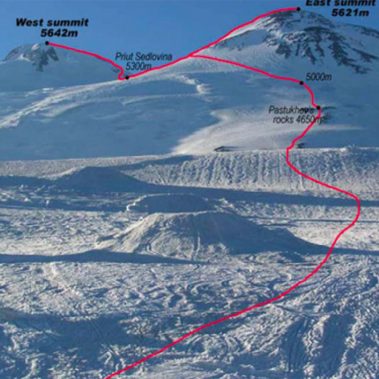 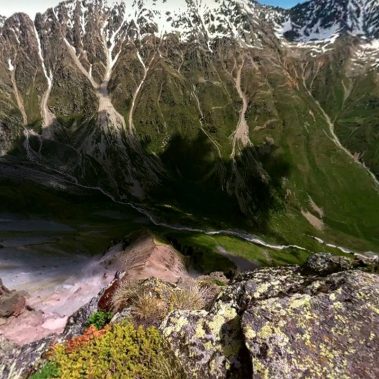 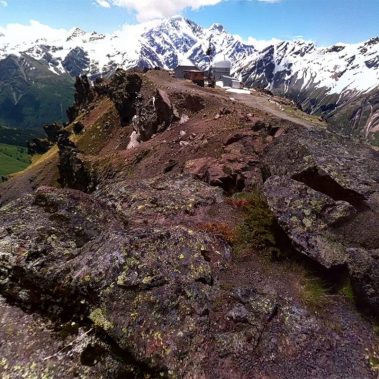 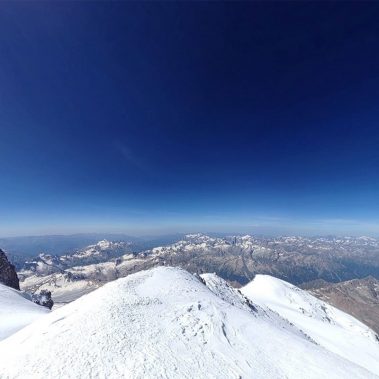 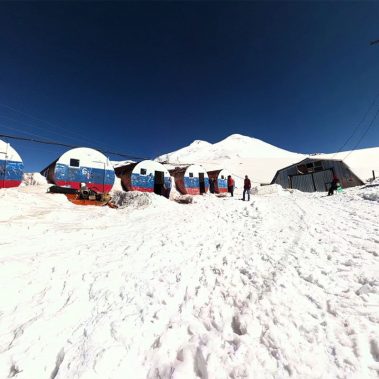 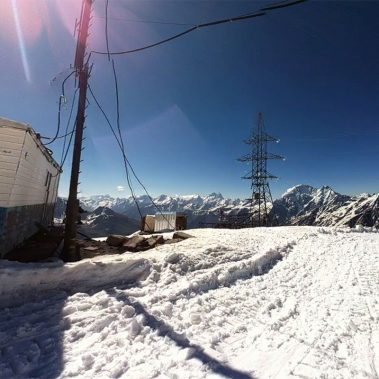