Difficulty: ChallengingOur most demanding trips include climbing at high elevations in excess of 5000 meters, in remote and extreme conditions with no access to roads; trips to remote, extreme wilderness; mountaineering trips, and demanding whitewater trips with Class IV-V rapids.

This pass was named after George William Traill, the 2nd British Commissioner of Kumaon (1816-1836), as Everest was named after George Everest, the illustrious Surveyor-General of India (1830-1843). A comparison between the two, though not relevant, is interesting. Both Georges earned the distinction sometime after relinquishing their posts and even the legend of Radhanath Sikdar related to the discovery of Everest has a parallel, Malak Singh Buda, in the first crossing of the pass in 1830. Both Traill and Everest began service in India with the East India Company about the first decade of the 19th Century.

By Himalayan standards, the Pindari glacier and the Traill’s Pass do not match most of the giants. The Pindari is neither the largest nor the longest of the glaciers nor is the Traill’s Pass, at its head, the highest of passes. However, Pindari has been the most frequently visited Himalayan glacier since the mid-19th century when a bridle-path with dak bungalows at suitable intervals between there and Almora was built. Even today, it is so popular a trekking destination that a tenfold increase in the number of beds available is unable to cope with the influx.

What faces a visitor to Pindari glacier at the Zero Point, along its left lateral moraine, is an immense wall of jagged, broken ice crisscrossed with thousands of seracs and crevasses. The upper icefields of the glacier are invisible from there and the near level ice mass at its lower end at the snout below recedes into insignificance. What people call the Pindari glacier is actually a huge icefall passing over a steep slope, through which a direct ascent has yet to be made. Above this lie the ice fields of the surrounding heights and the névé basin of the glacier, some 8 kms long, separated from the ridge above with a text-book fashion bergschrund. The lowest point on the ridge at 5400 m is the Traill’s Pass. Beyond the pass to the north and east lies the Lwan valley whose catchment is the Gori ganga valley.

Trails pass is a high altitude pass named after famous explorer and is on the head of Pindari glacier which is one of the most accessible Glacier & lies on the outer ring of the Nanda Devi Sanctuary in the Kumaon Himalaya. The Pindari Glacier forms the snout of the river Pindar which forms the main tributary of river Alaknanda which further joins the Bhagirathi to form The Ganges at DevPrayag. Trails pass bridges Pindari Valley with Lwa Valley (Nandadevi East Base camp). 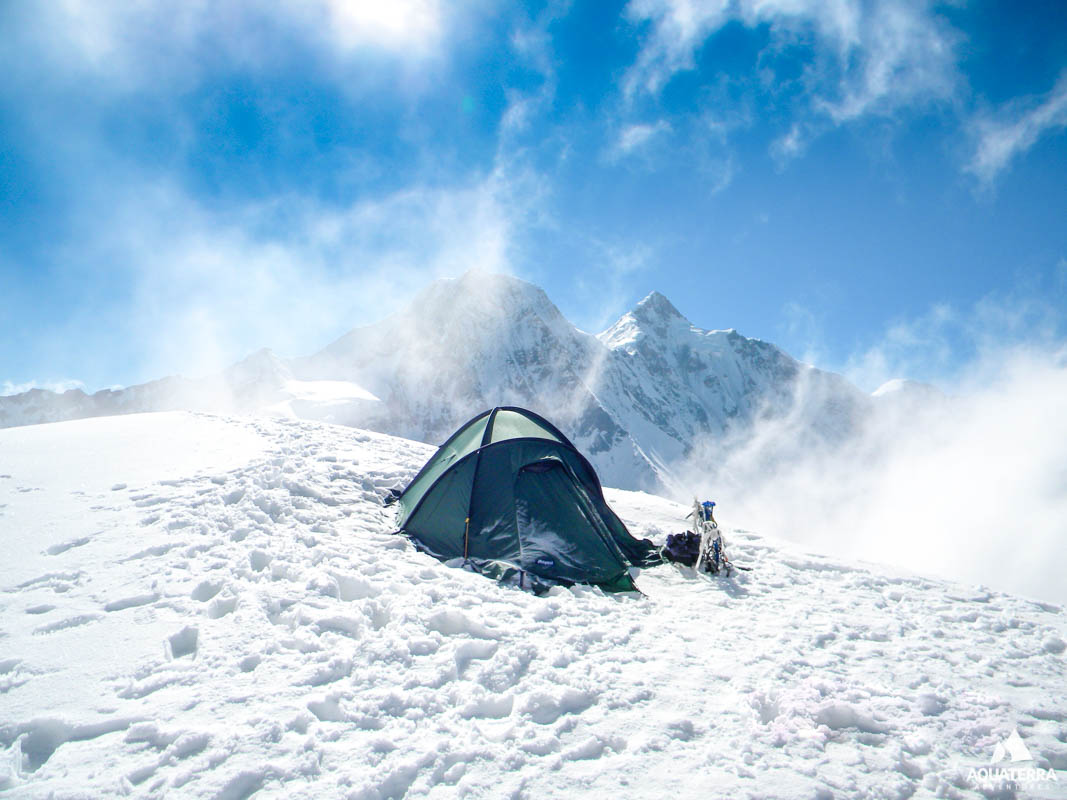 Overnight travel to Kathgodam by train.

Arrival 0530hrs by the overnight train. Drive Kathgodam to Loharkhet via Bageshwar, 203 kms 7hrs. We stop for breakfast enroute. Lunch at Loharkhet or Bageshwar. Overnight Stay at Loharkhet.

Loharkhet to Dhakuri : Trek 7 to 8 hrs. Gradual ascending to Dhakuri Pass requires an early start as vital reason of being tired is not altitude but Sun above head. It’s an uphill walk and one must take it easy, carry plenty of water. Team will stay at Dhakuri.

After an early breakfast team move for the last but the most populated village of that area “Khati”. Then the team leave for Dwali after having lunch, Overnight stay at Dwali.

Gradual walking through Bugyals team will reach Base Camp. Overnight stay at Base Camp.

Team take a long walk around Pindari glacier zero point for acclimatisation. Stay at base.

Today team will be shifted to ABC at an elevation of 4477 mtrs. Overnight in tents at ABC.

After breakfast team trek up to Camp 1 for acclimatization, then move back to ABC. Dinner & overnight stay at ABC. Route opening.

Team will be shifted to Camp 1

Team will cross the crevassed glacier & shifted to camp-2.

Crossing of Traill’s pass & shifting to camp-3 at Lwa Valley.

Short day today to move down near Bhital Gwaland enjoy the scenery around.

Trek down to Naspan Patti and enjoy the greenery and the magnificent views.

Trek down to Martoli Village.

Long day today hiking down to Munsiyari. We reach our hotel in Munsiyari and enjoy the perks of civilization.

We drive from Munsiyari to Kathgodam to take the overnight train to Delhi. Trip Ends! 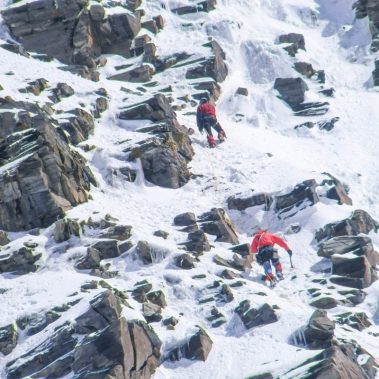 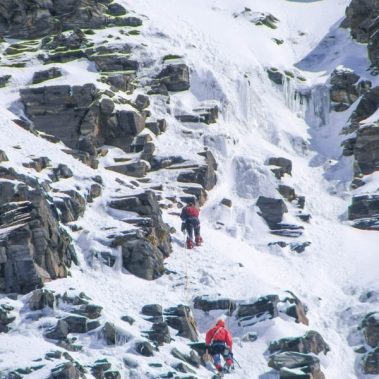 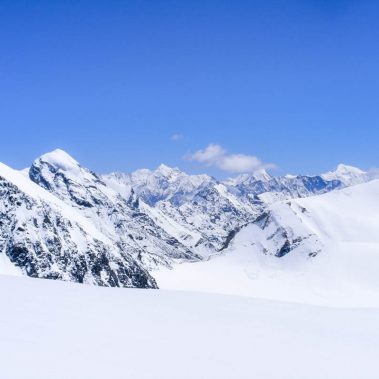 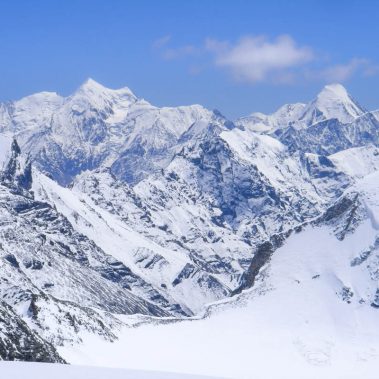 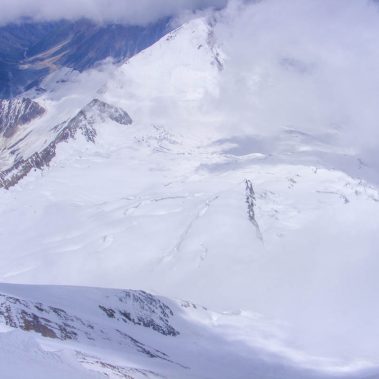 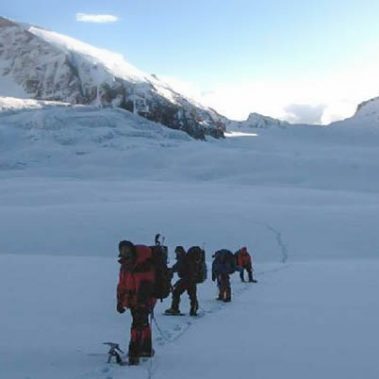 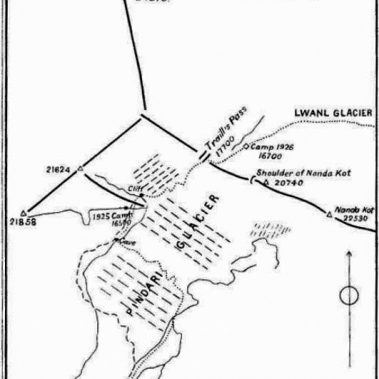 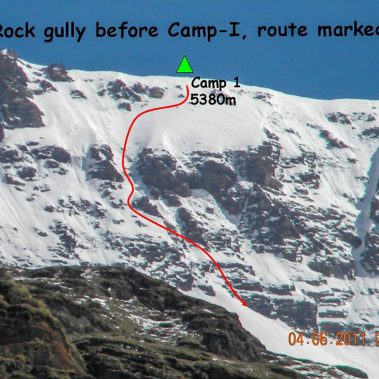 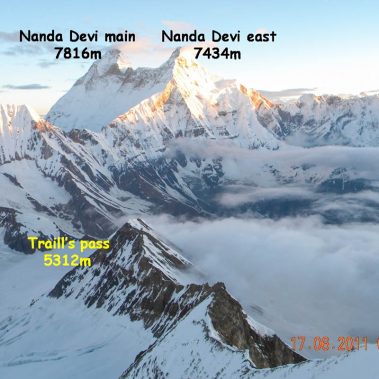 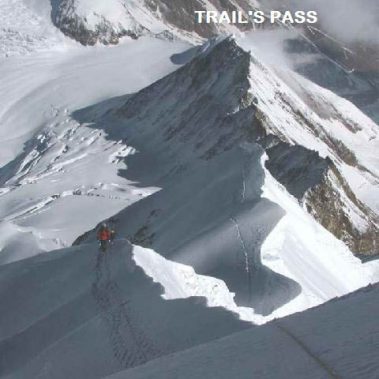 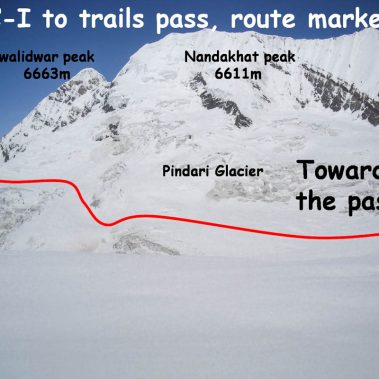