The Tons river flows through Garhwal, the western part of the Himalayan state of Uttaranchal, bordering Himachal Pradesh. With its source in the 20,720 ft high Bandarpunch mountain, it is the biggest tributary of the Yamuna, and, in fact, carries more water than the Yamuna itself. The Tons valley lies in the Jaunsar Bawar region of Garhwal, a little-known area, unique in culture and history. Another name for Uttarakhand was Panchal desh, referring to the five Pandava brothers from the great Hindu epic Mahabharata. The Pandavas, and their rivals, the Kauravas, figure especially in the anthropology of the Tons valley, where the villagers actually claim to have descended from the two clans. Their social customs are very unlike the rest of conservative Garhwal. Polyandry, and to some extent, polygamy, are the normal practice.

Economically, these customs probably owe their origin to a necessity to keep population down and prevent division of property. A system of bride price, where the worth of a to-be-bride increases with the number of past husbands she has had, is still prevalent.

A low to medium volume, Class IV river, the Tons was first run in 1980 by Jack Morison, followed by a commercial exploratory trip in 1986, which ran the entire length of the river. Since then, apart from a 15 km commercial section, the river has hardly ever been challenged. The main raft section is around Camp Lunagad, Aquaterra Adventures summer camp, near Mori village.

This adventure kicks off from our base camp on the Tons river, with familiarity gained on the 15-km-long commercial section of the upper Tons near Mori. A short overnight hike into the hills adjoining whets the appetite before we begin the 60 km expedition journey, down to Icchari, where the river is dammed.

Below Tiuni, we encounter Foreplay, Premature Ejaculation, a series of Class III+ rapids, followed by Afterglow, Channel Rapid, Pillow talk, Thrice Bitten, Deadly Dedsu before we reach the bridge at Atal, the village below which we camp on Day 01. Day 02 begins with several Class 3 rapids after which we flow into a gorge where we tackle the Lone Ranger, Three Musketeers, and the Roaring Bagni. We reach our campsite near Atal for the night, covering approx. 20 kms.

Below Atal, we paddle through a long gorge where we hear ample chatter of monkeys and the call of cuckoos. The land takes a more gentle and tropical rhythm from the upper, more alpine, valley near the base camp. Palm trees grow at the edge of cliffs and their roots drop 80 ft into the nourishing water of the Tons. The gorge opens out at the bridge near Minus and the river flows gently for the next 7 kms till we reach Major Surprise, the biggest rapid on the trip.

Major Surprise is followed by a series of big rapids before the river flattens out again near the dam at Icchari. The river section till Major Surprise is about 25 kms and depending on whether it’s a portage of not, and the time at hand, we either camp there or continue to reach Icchari. In the “Outside” magazine special edition in March 2007 “The 30 Best Trips Ever” issue, our Tons valley trips had been featured which was another feather in our cap.

Arrive at Haridwar by the morning Shatabdi. Alternatively, you can fly in to the Jolly Grant Airport by 12 noon. Board waiting vehicles to be driven for 6 hours to reach Aquaterra’s Camp Bagi in the secluded Tons Valley.

Rafting on the Tons from Mori-Khunigad. Familiarization with paddling commands and paddling strokes. Overnight at camp.

Trek up to Ringalli Rest house and back, an old British Rest House. Overnight Camp. Return to Camp Lunagad by the afternoon of Day 05 for lunch.

Drive 1 hr (30 km) down to Tiuni, below the confluence of the Pabbar and Tons rivers. Begin rafting expedition to raft till Icchari dam. Overnight camps on the river.After breakfast on day eight,drive all the way down to Dehradun to board the evening Shatabdi back to Delhi. Dinner on the train. Reach Delhi by midnight. Trip Ends! 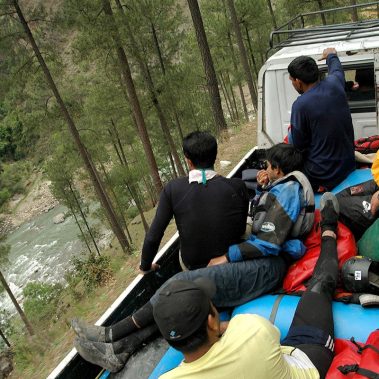 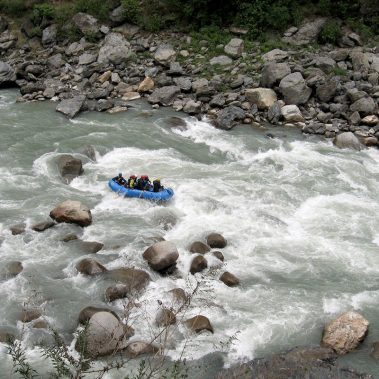 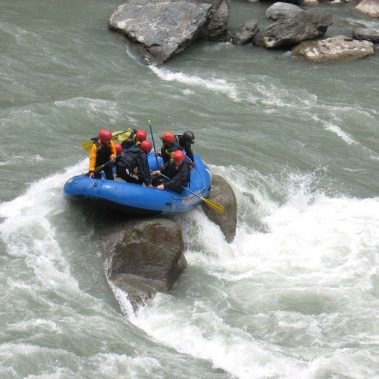 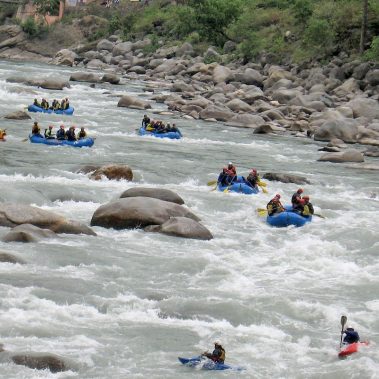 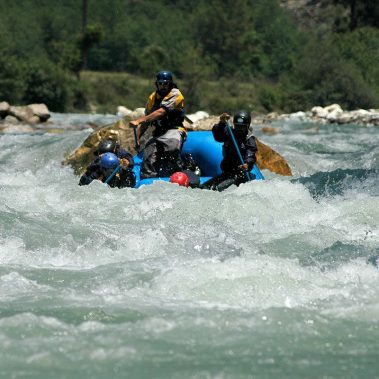 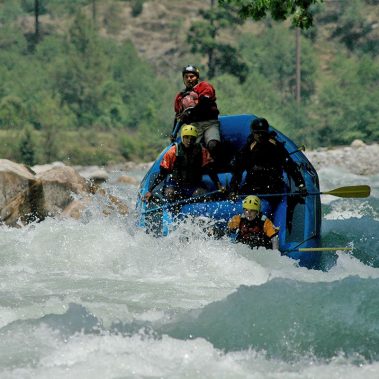 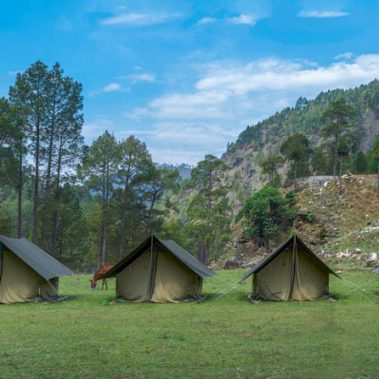 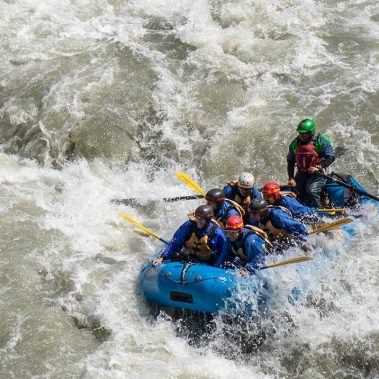 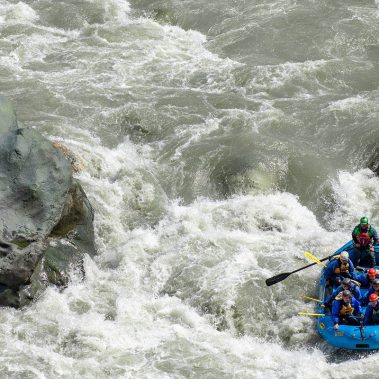 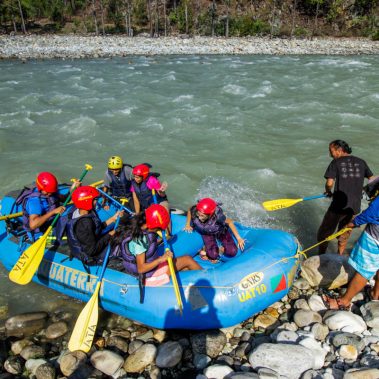 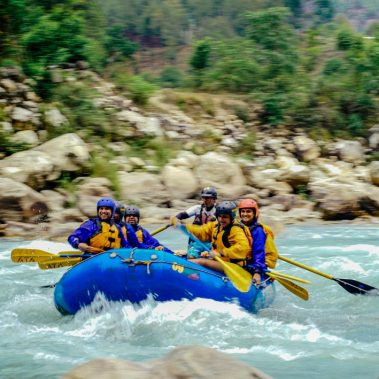 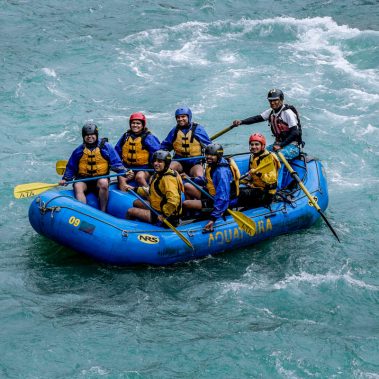 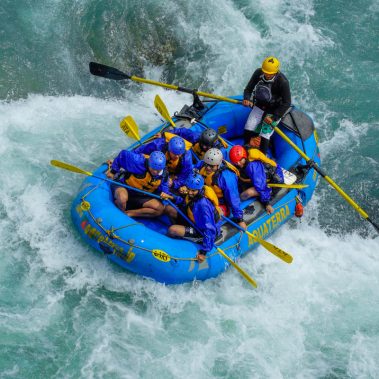 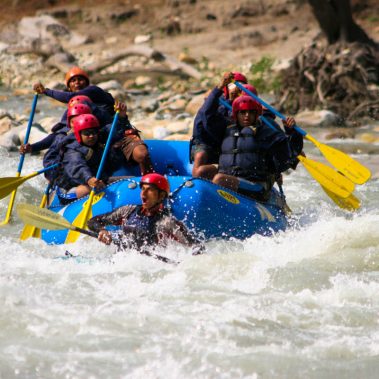