The mountains are humbling: An India Today Feature 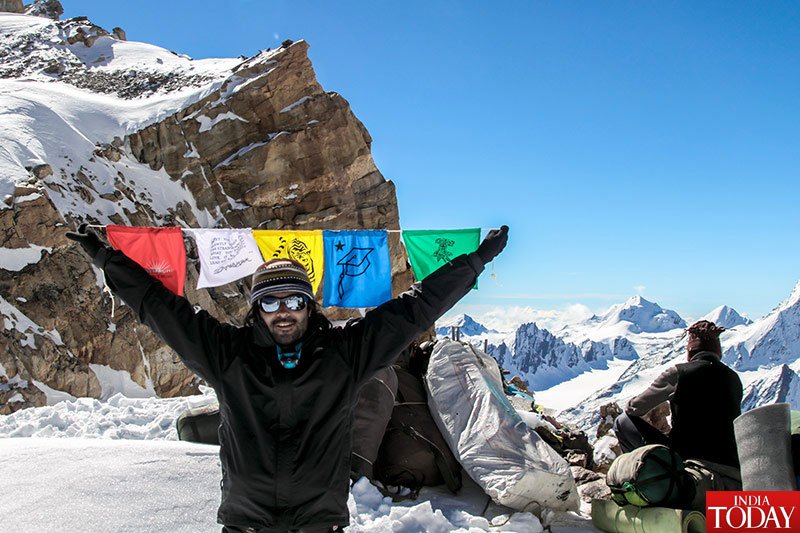 The mountains hold an inalienable appeal to most folks. I started Aquaterra Adventures in 1995 as one of the ways to enable a wider and more expansive exploration of the Himalayas, at a time when few such adventure companies existed in India. Since then, the mountains have taken me into their fold. The heart, fickle as it is, does tend to choose favourites, even within the stunning Himalayas, and there are some places that have left an indelible mark on me. These are places that I recommend should be on every adventure travel enthusiast’s bucket list.

We’ve been running this trip every year for almost 15 years now and I’ve been returning here almost every year as the lure of visiting this stretch remains strong as it is my yearly pilgrimage to the Devbhoomi. The trek usually begins at Gangotri and it is isolating and humbling but also one of the most inspiring treks I have done. You find yourself among 1000-year-old glaciers. The mountains are higher and older than the mind or eye can comprehend and it’s easy to see why a sense of something greater than us is invoked in even the staunchest of non-believers.

The Zanskar is one of the remotest parts of the Himalayas and even though it is in Ladakh’s backyard, very few tourists make the journey there as it is arduous. You would need to spend at least 10-12 days here as one drives through most of western Ladakh, past monasteries, palaces, villages, hikes before going down the extremely desolate, remote and sheer Zanskar. This should definitely be on your bucket list.

This is a highly recommended trek for anyone trying to wet their feet in the outdoor world. I recommend starting this trek from Ghat which is located in the Chamoli district of Uttarakhand in order to get a great mix of cultural immersion, brilliant views, and the right amount of physical challenge rolled into a week.

This mother of a traverse starts in Spiti and ends in Ladakh at the pristine waters of the 20-km-long Tso Moriri. One of the most sustained high-altitude trips, you spend 10 days trekking and sleeping at over 4000m. The journey covers the ancient trade route between the kingdoms of Spiti, Ladakh and Tibet and the landscape varies from the harsh Martian beauty of Spiti to the wide, expansive Changthang plains to the over whelming beauty of Tso Moriri and the pastures of the Nomadic Changpas.

I led the first commercial river run down this biggie in 2002 and it remains one of my life defining trips. The Siang, as it is called in Arunachal Pradesh, offers the finest big volume white water and a 7-day self-contained run from Tuting to Pasighat (180 kms approximately) through one of the most inaccessible regions in the world makes this one of the most premier expeditions on offer.