Difficulty: EasyMost of our camp based trips, with easy activities, that are optional and involve fairly easy travel. Trips may include short hikes of two to three hours or optional walks at low elevations. Includes less demanding whitewater trips with easy support and myriad options.

The Sutlej river basin in Himachal Pradesh covers an area of about 6,553 square kilometers. To the east lies the Ngari region of Tibet; the Dhauladhar range forms its southern boundary, separating it from Uttarkashi District of Uttar Pradesh and the Shimla District of Himachal Pradesh. In the west, the Srikhand Dhar marks the boundary between Kinnaur and Kulu. Spiti is on the northern border of Kinnaur – the boundary being formed by the rivers Spiti and Pare Chu near the Indo – Tibetan border.

The source of the Sutlej lies in near the Mansarovar Lake at 18500 ft. in the Tibetan Plateau. The Sutlej is one of only three Trans Himalayan rivers originating in the high Tibetan Plateau that cuts across the mighty Himalayan ranges. The other two are the Indus and the Brahmaputra. It enters India through a fearsome gorge near the Shipki La. Thereafter, it flows through the cold tracts of Kinnaur to the hamlet of Wangtoo. It is one of the major tributaries of the Indus River system. In its passage across Kinnaur, the Sutlej River successively crosses three great mountain ranges – the Zanskar range, the Great Himalayan range and the Dhauladhar range.

The northeastern part of this valley is drier and conditions become humid towards the southwest. The Sutlej River has carved a deep gorge across the main or Great Himalaya near Pshong- Tong. In the southern part of this valley, there is extensive cultivation of fruits and agricultural crops. Barring some parts, extensive vineyards, thriving crops and orchards of apricot, apples and grapes are to be found in the entire region. 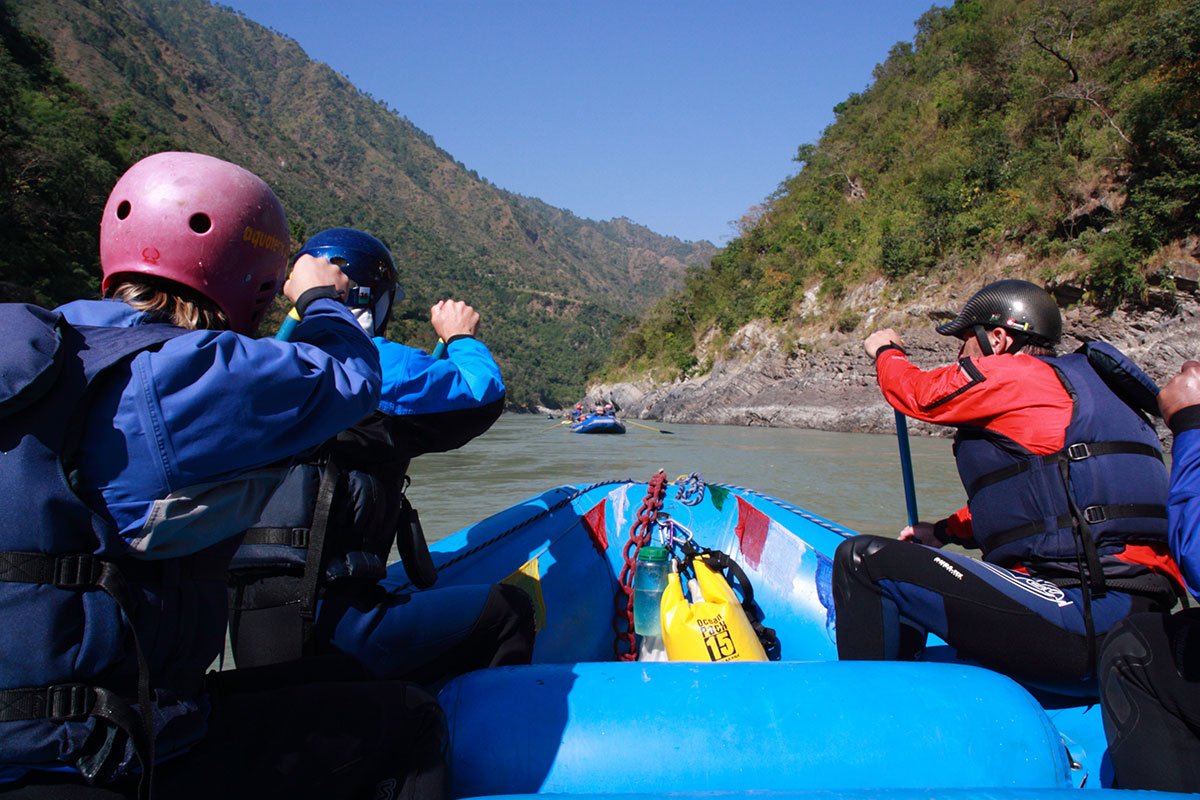 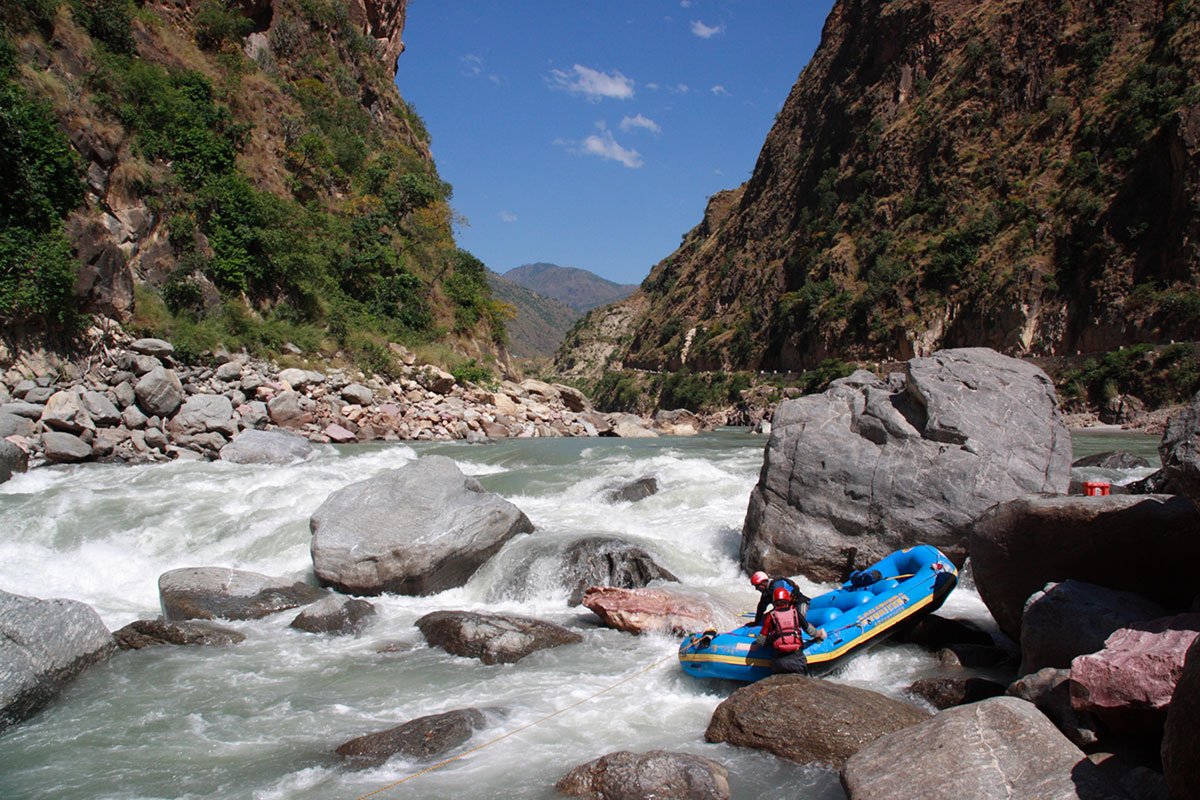 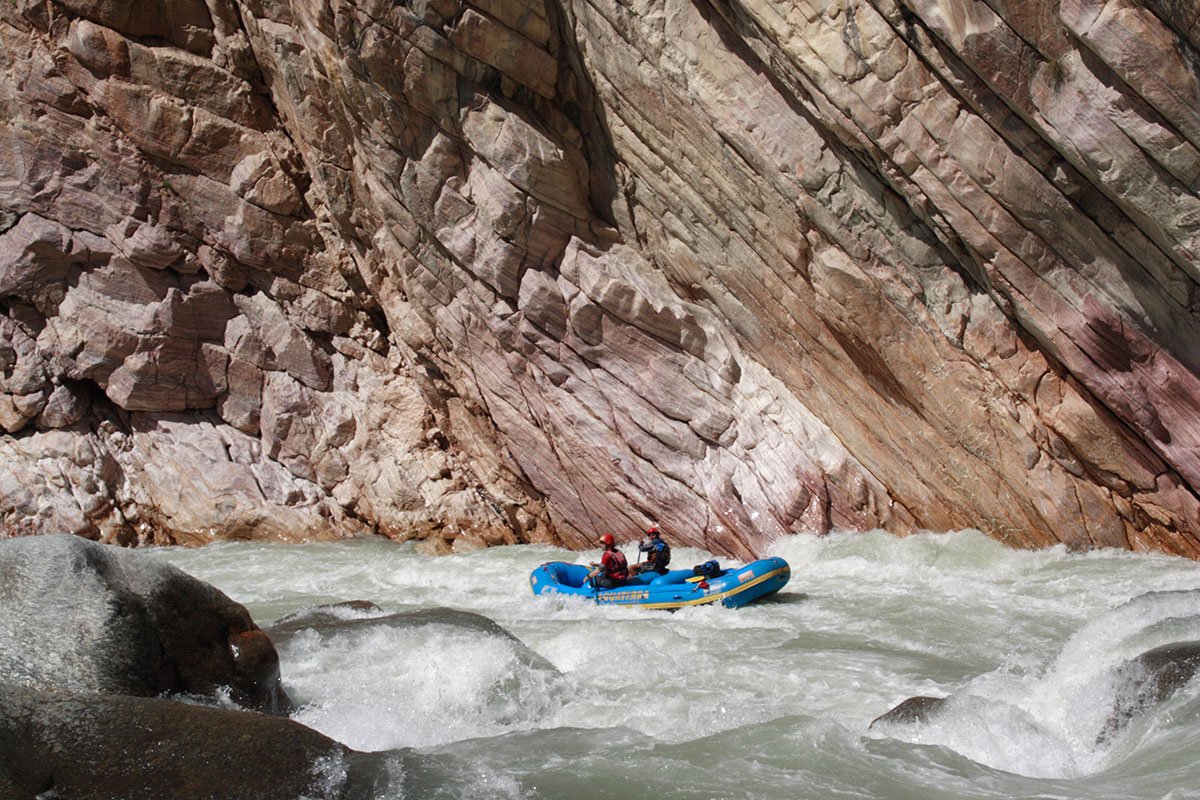 Board overnight train, the Kalka Mail from Delhi to Kalka.

After breakfast, drive 1 hr from Pandowa to Luhri, our starting point for the expedition. After a comprehensive safety briefing, board rafts to raft till Pandowa. (20 km, 6 hrs) This section is a great initiation to the river. We stop to portage the Patakhra rapid, usually a Class 6. After portaging the rafts around the rapid, we reach Pandowa camp for the night. Campfire dinner and overnight at camp.

After breakfast, raft from Pandowa till Tattapani. This 25 km section has som Class IV rapids and we reach Tattapani after lunch. Visit the hot water springs and overnight at Camp.

Today we begin the self-contained part of our expedition. All gear, equipment and supplies are loaded onto big drybags and lashed onto the rafts. We raft into a beautiful gorge, down a 30 km Class 4 section of the river till our camp at Kadhai Ka Fer. Set up camp, campfire dinner and overnight at Camp.

Today, after breakfast, we raft a 30 km Class 3 section to our second camp in the gorge. Overnight at Camp.

After breakfast, we raft 20 kms down a Class 3 section to end our expedition at Salapper bridge. Board waiting vehicles for the (150 kms ; 4 hour) drive to Chandigarh. Board evening Shatabdi Express back to Delhi. Arrive late night. Trip ends. 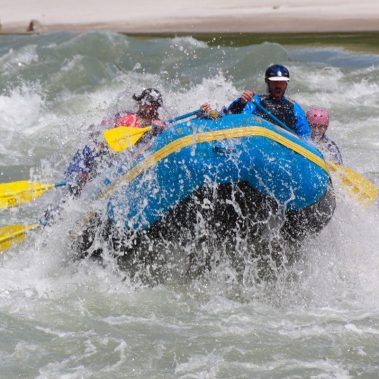 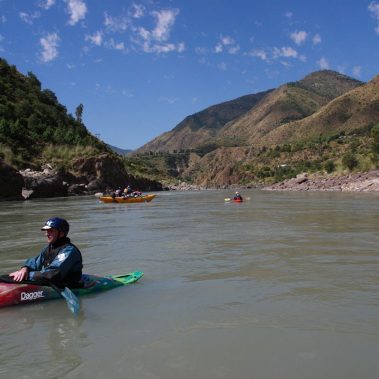 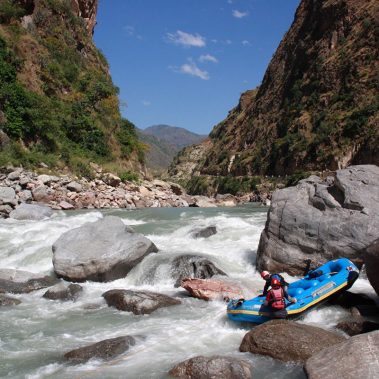 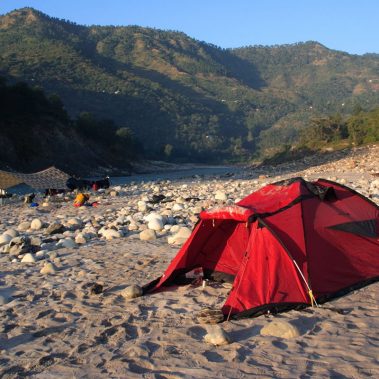 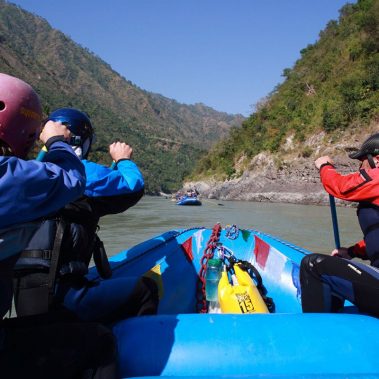 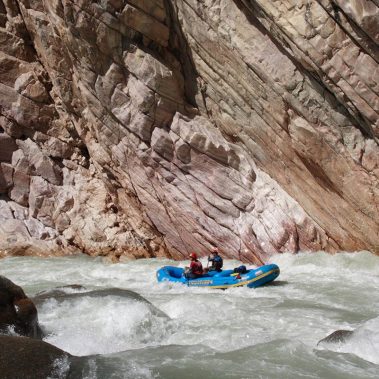 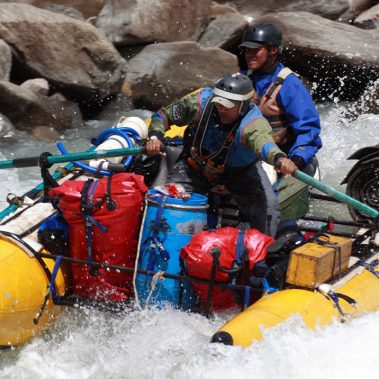 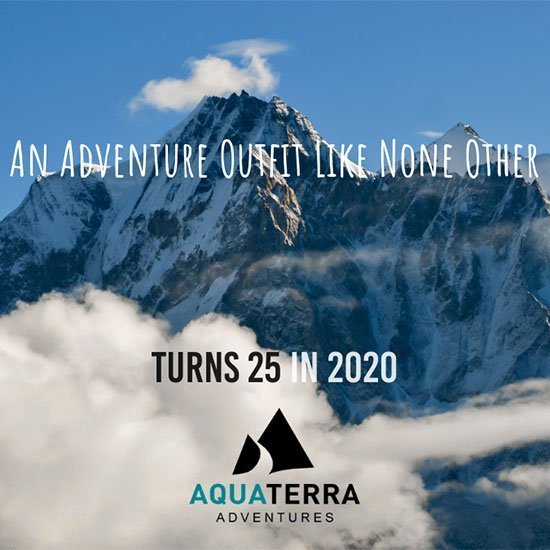 We enjoyed a remarkable white water rafting trip on the Zanskar with Aquaterra. I cannot overemphasize the beauty of this region – physical and in terms of people – and our admiration for Aquaterra.
Read More

I was a little apprehensive as I was travelling for the first time . But what a fantastic trip, I was looked after so well. I ran my first river- The Zanskar with Aquaterra. Best choice ever. ATA is slightly expensive than others but with the amount of effort they take, the professionalism and lot of warmth , one just cannot think of anyone else
Read More

I more than warmly recommend it if you crave for outdoors Adventures. Excellent organisation, logistics, security, hygiene and comfort (considering that is camping). Food is excellent and very generous!
Read More

I just completed the 11 days Zanskar Rafting Expedition with my 2 friends from Europe (German and Polish) and Aquaterra Adventures beat expectations in almost every area. Overall a 10 on 10 to Aquaterra in every area from me. This was my first trip with them and definitely not the last. Highly recommend to everybody considering a trip with them!
Read More 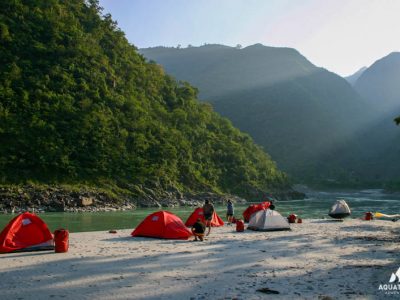 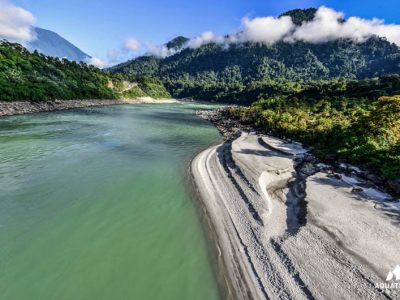 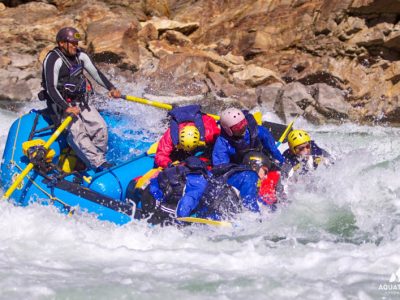